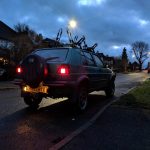 All information Copyright ©2016 www.vwsyncro.co.uk. All rights reserved. No photos, news stories, graphics or logos may be used or reproduced without written permission. "Volkswagen" is a registered trademark of Volkswagen AG. VWSyncro.co.uk is an independent media publication and is not affiliated with or endorsed by Volkswagen AG. VWSyncro.co.uk is also not affiliated with "Braun" and their "Syncro" model electric razor. VWSyncro.co.uk is a non-profit (or negative-profit if you include running costs), enthusiasts site dedicated to the rare and wonderful 4wd beasts created by VW in their finer moments.
Site and hosting by Plus8.net
Firebeans crystal healing (new wordpress site) | Firebeans crystal healing (old site)